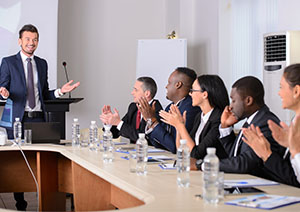 Holding an Annual General Meeting (AGM), on a yearly basis, is mandatory for every Singapore company setup. It is a compliance requirement issued by the ACRA (Accounting and Corporate Regulatory Authority). The company and its directors will be held responsible if a company failed to do so. The ACRA may impose a penalty fine and issue court summons to the company and its directors. Eventually, the imposition of court summons and penalty fine may result in anxiety and set back to the business operation. This blog will guide you on various aspects of the AGM and why it is important to hold.

What is an Annual General Meeting?

In accordance with the Singapore Companies Act, a newly set up company in Singapore must hold its first Annual General Meeting (AGM) within 18 months from the date of incorporation. Afterwards, succeeding meetings have to be held once in every fiscal year, but it should not be more than 15 months from previous AGM. All local and overseas companies incorporated in Singapore must abide by this law.

At the Annual General Meeting, every company has to present its financial statements before the shareholders so that they could get an idea of the financial health of the company.

What is dispensation of Annual General Meeting (AGM)?

Under section 175 (A) of the Singapore Companies Act, the private limited companies can choose not to hold AGMs if all the members and shareholders agreed to pass a written resolution. Once the decision on dispensation of the AGM has been made, all matters which are to be discussed at the AGM can be settled by passing written resolutions to all the members.

There are some obligations that have to be followed after dispensation:

How to hold an AGM?

A quorum has to be formed with a minimum number of persons required be to present, which has to be legally valid. Generally, the Memorandum and Articles of Association (MA&A) of the company specify the quorum. In case, the quorum is not mentioned in MA&A, any 2 members or proxies present at the meeting can join the quorum.

What if my company need an extension of time to hold its AGM?

In case, your company is unable to hold AGM within the given time-frame, you can file an application for Extension of Time (EOT) with ACRA under the section 175 or section 201 of the Companies Act (whichever is applicable). As per the rule, Company’s officer (director or the company secretary) or a professional firm on behalf of the company can apply for the Extension of Time (EOT). Just like all other transactions with ACRA, this application is also made through using the Bizfile portal. ACRA will grant up to two months of extension only and the cost of an extension is S$200.

How do I notify ACRA that my company have complied and held an AGM on time?

A company can notify ACRA that its AGM was held within the deadline by submitting its Annual returns using the BizFile portal. Only an officer or director of the company is allowed to access BizFile using a valid SingPass. Nevertheless, a professional firm such SBS Consulting can also submit the annual returns on behalf of the company.