Based on the theory ‘Money attracts startups’, the Singapore government is undertaking all efforts to motivate and attract Singaporeans and foreigners to its market place. In an attempt to do so, a funding of about S$50 million is offered as a tax and legal benefit to the Singapore incorporated companies. Additionally, with the changes in the Companies Act, about S$50 million more funds are surfacing for the same purpose.

Singapore Evolves From Being ASEAN’s to Worlds Best Business Hub 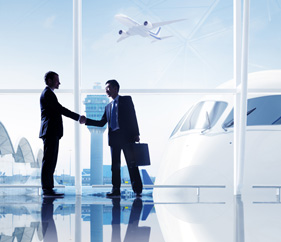 Singapore is no longer a British Crown Colony. With the opening of the Suez Canal, Singapore witnessed a boom in global trade. Based on entrepot trade, the high shipping traffic gave way to developing a strong market-based economy in Singapore. Between the years, 1960 to 1990 Singapore developed with a recording growth rate of 7%. Although this growth was initially achieved in the context of Singapore being a central hub for Asian trading, the pro-business policies of government, flexible tax code and accommodating attitude helped a great deal in making Singapore best business hub of ASEAN.

After the opening of Suez Canal, the strategic position of Singapore helped it in developing as a center of entrepot trade. After the independence of Singapore in 1965, it was due to its port, foreign entrepreneurs understood the scope of developing infrastructure in Singapore. After then Singapore never looked back.

Note: By investing in these areas, Singapore has already created a favorable pitch for potential growth and development of businesses. Singapore has kept its doors wide open to welcome the global entrepreneurs; however, the question remains, why many chose to walk through this door.

The level of economic freedom offered in Singapore is rarely seen elsewhere, making it the best and the favorable business hub of the century. Recently The Heritage Foundation in its 2015 Index of Economic Freedom listed Singapore in second position after Hong Kong as the most economically free country in the world.

Due to this freedom, it becomes possible for the industries, companies and businesses in Singapore can manufacture, consume, and trade goods and services without violating any laws and regulations. The open economy has given way to the engagement of Singapore with different countries on higher levels to such an extent that the overall trade volumes of Singapore have over-crossed national output by over 300%.

Please understand the open economy is directly responsible for bringing in the ease of doing business in Singapore. To some extent, the open and vibrant environment in Singapore is also responsible for making Singapore as one of the most favored destination to open a company. Almost all the stakeholders, government, corporate, unions, civil societies, workforces and what not unite to maintain the openness and compatibility in the Singaporean economy.

Singapore has an accommodating immigration policy that allows easy access to foreign nationals interested to open company in Singapore. The policy also allows enough flexibility in transferring or immigrating the professional staff and executives to work in Singapore. Lastly, the Singapore government is less interested in interfering with the business operations of any company offering well-demanded freedom to the business owners in doing their business in a seamless manner.

Note: The best thing is, it has a very well planned strategy to incorporate a company in Singapore, allowing investors to finish the Singapore company registration process in one or two days, which requires months in western countries.

Advantage #3: The Safest Place to Do Business

One thing modern businesses fear is the violation of intellectual property norms. Giving relief to the businesses from this fear, Singapore has one of the stringent intellectual property laws. These laws are so designed and drafted that they perpetually support and follow the guidelines put forth by the World Economic Forum, Institute for Management Development and political Economical Risk Consultancy.

Note: If you are thinking about the corruption and chances of backdoor entry, then you are wrong. Singapore has the lowest corruption rate in the whole world. The Corruption Perception Index has itself certified Singapore being the least corrupt nation in the world in their annual issue Transparency International.

For effective operations in quality control and for measuring maximum profits tax code of the country plays a major role for modern businesses. When many countries have corporate rates eating most of the profits of corporate entities, Singapore has emerged with a generous taxation code. Singapore not only adopted the progressive tax structure, but it also slashed its corporate tax rates on more than one occasion to attract foreign investment on its soil.

Note: In 2008, Singapore slashed its corporate tax rates to 18% that were the lowest after Hong Kong, giving a positive and motivating boost to the Singapore incorporation procedure eventually attracting investors and entrepreneurs from all over the world.

In order to motivate and give a fair chance to the newly incorporated companies, the Singapore government provides many tax concession and business incentive schemes. Apart from that Zero Tax Jurisdiction, Avoidance of Double Taxation treaty and other such schemes make Singapore real heaven for investors and business owners interested in incorporating a company in Singapore.

With the adoption of broad-based Goods and Service Tax as a consumption tax, Singapore has become successful in maintaining competitiveness and openness in its economic and tax environment. When a global average of consumption tax is 16.4% of western countries and 10.6% for Asia-Pacific region, Singapore applies one of the lowest consumption tax rates with GST rate standing flat at 7%.