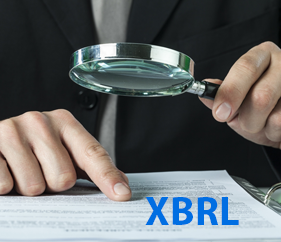 “This decision was taken in response to feedback coming from companies to grant additional preparation time to get ready for the transition to full XBRL filing,” said ACRA while releasing the news on 30th September 2013.

Earlier this year in June 2013, ACRA has announced that all Singapore incorporated companies which are either limited or unlimited by shares (except exempted companies) will be required to file a full set of financial statements according to a minimum requirement list within the new Taxonomy 2013. ACRA has taken this initiative to enhance the quality of financial statements by increasing the breadth and depth of the data. It will further enable greater transparency and comparability of financial data.

To ease the transition for companies to full XBRL filing, ACRA had organized several road shows, training sessions and seminars in collaboration with professional organizations such as SAICSA (Singapore Association of the Institute of Chartered Secretaries and Administrators), ICPAS (the Institute of Singapore Chartered Accountants) and the Singapore Business Federation. It also sought feedback from publics and companies to further enhance the usability of the XBRL filing system.

Additionally, it has introduced a new BizFinx preparation tool, an offline software application, in June 2013. This application is free of cost for companies to prepare financial statements following the revised XBRL filing requirements. BizFinx will replace the current FS Manager with effect from 30 November 2013, 23:59 hours. By postponing the effective date to December, ACRA has granted more time for companies to familiarize themselves with the new preparation tool BizFinx and transit to full XBRL filing.