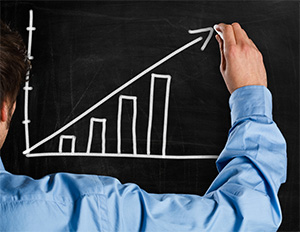 Singapore is regarded as the nation with a robust and strong economy and has been placed in the bracket of one of the fastest grown economies in the world, due to the short time period it took for the country to reach this pinnacle. The progressive regime of Singapore with its pro-business stance has thereafter attracted a multitude of foreign investors and business houses. This has further solidified the economic status of the country.

Today, as a result of the visionary leadership of Singapore, many foreign entrepreneurs are starting company in Singapore. Also, the fact that it takes hardly a couple of days for Singapore company registration process to be successfully accomplished has further boosted the ambitions of both foreigners and locals alike to make their business presence felt in the ‘Island Nation’.

However, the effects of recession that emanated in the US, also took a slight toll on Singapore along with the severe lasting impact it is still having on major European and Asian countries. Singapore’s economy and growth forecast were impacted due to this, although not to the extent suffered by major economic centers of the world.

But the robust economy of Singapore has recovered well over the period of time as compared to other nations. In fact, as per the recent report released by DBS (Development Bank of Singapore Limited), the Singapore economic or GDP growth forecasts for the years 2013 and 2014 have been raised to 3.8% and 4.0% respectively.

This is basically a considerable upward revision from the previous estimated forecast of 2.9% and 3.5% for 2013 and 2014 respectively. The reason of this upward revision of GDP forecast is due to the more than expected third quarter growth.

The sudden steep rise in the industrial output in September has uplifted the market sentiments and now it is expected that the services, manufacturing and construction sectors will also show substantial growth in the coming months.

Hence, the bottom line is that Singapore’s economy will remain stronger even amidst global economic uncertainties and its GDP will grow at a healthy rate in the coming quarters.