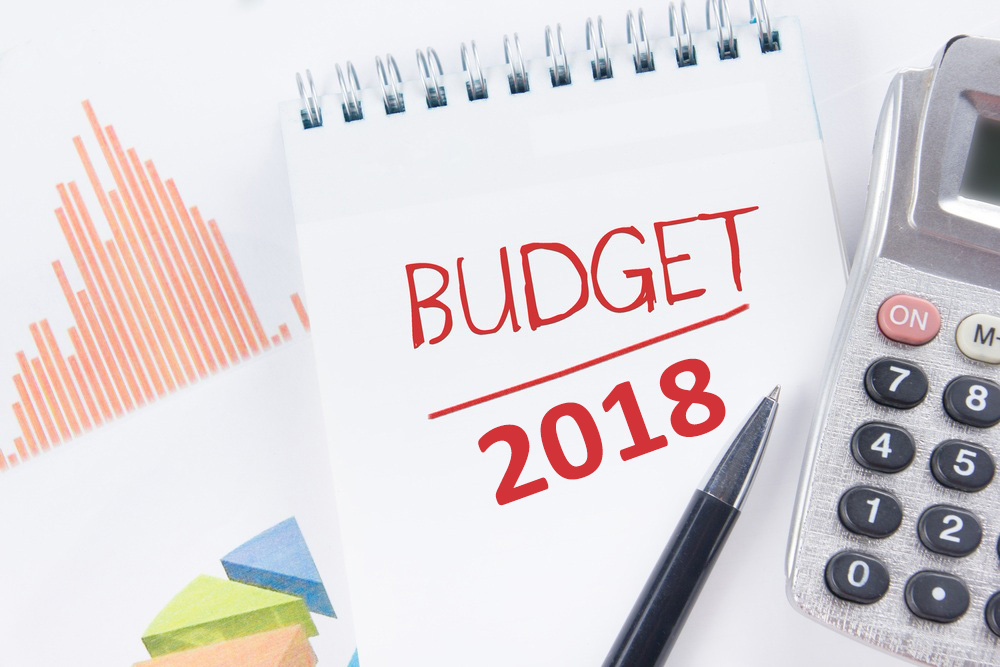 Singapore Finance Minister Heng Swee Keat came out with the ‘Some goodies for everyone’ Budget 2018. He presented Parliament with the revenue and expenditure for the Singaporean financial year 2018.

Mr. Heng said, “It is a wide-ranging Budget to competently address Singapore’s long-term challenges. It is more of a multi-year agenda for the country.” He announced tax increases and the taxing of property, consumption, and online services to generate more revenue.

Mr. Heng said, “We are in a very tight fiscal situation, not this year, not next year, but over the longer run.”

He cited that it is time act prudently as the Singaporean economy is maturing and its population aging. He, as good as reminded Singaporeans that they are mortals and plan for the substantial healthcare expenses in future.

Since the start of this decade, Singaporeans are spending more and more on their healthcare. The expenses have almost doubled to S$10.2 billion in 2018. Over the next decade, it is expected to rise 3 percent of GDP. The healthcare of its aging population is a key priority for Singapore.

The budget has raised excise duty on Tobacco by 10% in an effort to curb the consumption of tobacco products. It will be effective immediately from Feb 19.

The Budget 2018 is an intimation to the all concerned that the Singaporeans will need to find more revenue for proposed spending on healthcare, infrastructure, transport, special transfers, & defense.

Defense sector will get the biggest share of the expenditures in 2018. The budget has provided 14.8 billion for it. The next bigger portion is allocated to transport sector. The allocation is 13.7 billion. The budget also allocates 12.8 billion, 10.2 billion, 9.1 billion to education, health, & special transfers, respectively, for the 2018 fiscal year. The expenses on the infrastructure are expected to rise to S$20 billion in 2018.

The budget raised Goods and Services tax by 2%, pushing it from 7% to 9%. However, it is not going to apply immediately as it is scheduled for some time from 2021 to 2025.

The increase in taxes put out the buzz created because of a comment by the Prime Minister Lee Hsien Loong, “Raising taxes was not a matter of whether, but a matter of When.” However, the delayed taxes will give enough room for the Singaporeans to digest them and come up with plans to cope with them.

There are initial casualties of the budget 2018. It has disturbed some Singaporean’s carefully laid plans. It announced an increase in the Buyer’s Stamp Duty rates for residential properties. It was the least expected development. The top marginal Buyer’s Stamp Duty (BSD) has gone up from 3% to 4% with immediate effect, starting on Feb 20, 2018. The portion of the value of residential property in excess of $1 million will be taxed.

Mr. Heng said, “The timing of the raised GST will depend on the state of the economy, how much expenditures grow, and how buoyant existing taxes are. He also cautioned that the Government would “need to do so earlier rather than later.”

Finance Minister Heng Swee Keat said, “The decision to raise the goods and services tax (GST) was a difficult one, but it is the most appropriate option to help Singapore raise revenues at this stage.”

Singapore has substantial reserves that it draws on to help finance the budget. The interest earned on its reserves is the biggest contributor to the government’s revenues. It is projected to be as much as S$16 billion by the start of April 2018.

However, Mr. Heng and other government officials abhor such practice and do not look upon it as a long-term solution. Their point is that such funds are for emergencies rather than daily spending.

Mr. Heng said, “Now that our economy is maturing, and our population is aging, we must husband this resource carefully, prudently and responsibly.”

The increase in corporate tax, when other countries are reducing it, could have sent a negative message to the business owners. It could have unpredictable consequences. It could discourage businesses into shifting out of Singapore.

He also pointed that an increase of 2% in the GST will only increase the revenue by 0.7 percent of gross domestic product each year which is not at all sufficient to cover the rising spending needs.

The budget announced that digital imported services would be taxed with GST from Jan 1, 2020. The announcement covers services such as Netflix and Spotify, apps, listing fees on electronic marketplaces, software, and online subscription fees from overseas suppliers even when they are not physically present in Singapore. The GST will also cover imported services like marketing, accounting, IT and management services. However, the move excludes e-commerce for goods.

There is a surplus of $9.6 billion from the year ending next month, i.e., Budget 2017. Mr. Heng has announced one-time payout. Singaporeans over 21 years will get to share in budget surplus. Depending on their income, the 2.7 million Singaporeans will receive S$100, S$200 or S$300 in end-2018. The move is going to cost the government S$700 million. The amount is big enough to kick the consumption a little bit.

The budget also announced that the permanent GST voucher scheme would be topped up by $2 billion as opposed to last year’s $800 million. It has more than doubled the allocation. It will help households with lower-income to cope up with the changes in GST. The budget promises to absorb GST on publicly subsidized education & healthcare as before.

Singapore has had a good 2017. It is expected that the economy will do quite well in the fiscal year 2018 what with good growth and job-market prospects.

SBS Consulting Pte Ltd said, “Singapore will get more in revenue from corporate and personal income taxes. With corporate tax amounting to S$15 billion. The GST & motor vehicle levies will also contribute to it.”

For employers who do not qualify for concessions, the levy will be raised to $300 per month for the first worker and to $450 for the second helper. The households with children below 16, seniors, or disabled persons will continue to get the concession of $60.