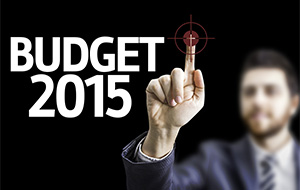 Singapore’s jubilee budget of 2015 has demonstrated its strategy maker’s commitment to the Singaporeans. It offers a considerable support to the Singaporeans, that are young, those who are approaching retirement, those on the verge of retirement and those who are seeking reemployment. This will go a long way in strengthening the faith of the Singaporean workforce. However, the taxpayers filing their personal income tax on 15 or 18 April 2015, must follow YA 2012 – YA 2016 rates.

The budget has increased the salary ceiling for CPF contribution, from S$5,000 to the S$6,000.

From Jan 1, 2016, workers that are between 50 – 55 years of age as well as employers, together, will contribute 2% more to the CPF. Both of them are expected to contribute 1% each.

Singapore authorities have taken positive steps for the senior Singaporeans above 55 years of age. These individuals will now receive 6% of interest, in place of 5%, on their first S$30,000 in their Special, Retirement or Medisave account. They will continue to get 5% on their next S$30,000 and 4% on the amount more than S$60,000.

To compensate the increase in the cost for the businesses,  the budget has increased the Temporary Employement Credit awarded to them, from 0.5 to 1% of wages. The scheme is extended for another 2 years.

It has also distributed some bitter pills. From YA 2017 onwards, the Singaporeans that are in the top 5 bracket and earning income more than S$160,000 will have to pay more in personal income tax.

It is especially true for Singaporeans earning more than S$320,000. The income tax rate for this income bracket has increased from the 20% to 22%.

The move has surprised many analysts as it’s a departure from the policy that was adhered to, since 1966. Some of them are speculating that it will blunt the competitive edge that Singapore has over other economic markets. It is feared that it will affect the highly mobile managers, administrators, CEOs, directors and executives.

Tax Rebates for Individuals and Companies

A provision made in Singapore budget, 2015 will bring 50% of rebate in the amount of personal income tax to as much as 1.5 million Singapore taxpayers. It applies for the year of assessment 2015, on the taxpayer’s income generated in 2014. However, the rebated amount will not exceed more than S$1,000.

The provisions made in the 2015 budget are aimed at giving Singapore companies a boost that will help them to go beyond the horizon and become global entities.

Singapore government gave a tremendous support to Small and Medium Enterprises (SMEs) as a part of improving local entrepreneurship and the rate of employment. In 2015, after nurturing these entities for almost a decade, Singapore Think-Tank wants them to go out and conquer new territories. The government has increased the support extended to them under IE  Singapore’s grant schemes from 50% to 70% for next 3 years.

In order to provide a greater support to the Singapore companies in their quest to hunt for the global status, government has launched a new initiative. These entities will enjoy extended support under the International Growth Scheme (IGS). The companies deriving incremental income from the qualifying activities will enjoy a 10% concessionary tax rate.

The idea is to help Singapore companies stay rooted at home and expand overseas.

The Singapore government in order to improve the skill set and the quality of its workforce, has floated a scheme. Singaporeans aged 25 and above qualifies for a grant of S$500 that they are expected to spend for the grooming. The skillsFuture Credit is not a one off scheme, it will not expire. The beneficiaries will get grants regularly, which they can use to complete short-term courses. They also have the choice of accumulates the credit and opt for a long duration course.

On the other hand, Productivity and Innovation Credit (PIC) Bonus scheme that encouraged entrepreneurs to up their standards will expire after this year. The authorities have decided not to extend it.

Singapore has always taken stern steps to curb carbon emission to protect its environment. The authorities have always been in favor of less use of cars and other private vehicles.

They have announced a road tax rebate of 20% to the car drivers, 60% rebate to the motorcycle riders and 100% rebate to the commercial operators plying petrol based vehicles.

On the other hand, the Singapore budget 2015 has announced a hike in petrol duty rates with immediate effect. The petrol rates in Singapore have been stable since 2003. The Singaporeans will have to pay S$0.20 more per a liter of premium grade petrol and S$0.15 more for a liter of intermediate grade petrol.

Singapore authorities have made provisions to improve the conditions of the low-income elderly Singapore citizens.

It is important to note that this  scheme will be activated anytime during the first 3 months of 2016. The amount disbursed to the beneficiaries will depend on their lifetime wages, housing type, household support.

This scheme will disburse amounts between S$300 – S$750 to the bottom 20 % of Singaporeans that are aged 65 and above. It is to be paid out once in three months and the beneficiaries automatically become eligible for it.

This scheme will also pay out S$600 to the average low-income Singaporean senior citizen.

Seniors’s bonus scheme is going to be active till the implementation of the Silver support scheme. It is an interim measure designed to deliver the benefits to the beneficiaries.

In this case, senior citizens aged 65 and above, living in Housing Board flats and whose assessable income for 2014 is less than S$26,001, are eligible for it. The amount of bonus paid out in the form of Goods and Service Tax (GST) vouchers, will be in the range of S$150 – S$300. It will depend on the annual value of the house as of Dec 31, 2014. These in addition to the GST vouchers that are for individuals aged 21 and above.

The Singapore budget, 2015 has announced an additional amount of S$50 in GST vouchers, making it a round figure of S$300. As many as 1.4 million Singapore citizens will benefit from this allocation as an aid to improve their situation with respect to their expenses.

Budgetary allocations for the Waiver of Exam Fees

Singaporean students studying in government-funded schools and appearing for the National exam will not have to pay examination fees from 2015. It is applicable to the students appearing for the Primary School Leaving Examination (PSLE), and GCE N, O, and A levels. The provision will allow them to save as much as S$900 in exam fees.

The budget has announced improved tax deduction for donations. It will now be 3 times instead of 2.5 times on the amount of qualifying donation to Institutions of a Public Character (IPC) and other qualified recipients. It is stipulated that the donations must be made between 1 January to 31 December 2015.

The budget also says that the qualifying donations made between the period of 1 January 2016 to 31 December 2018 will receive 2.5 times tax deductions.

Budgetary allocations for the Child Care