Singapore Budget 2014 Extends Its Support to the Growth of SMEs 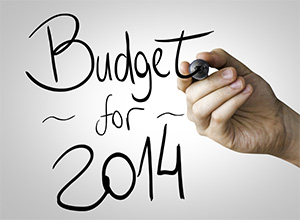 Singapore with its proud tradition of doling out schemes to promote innovation and productivity has treaded along similar lines in its budget 2014. With certain key enhancements to the existing schemes & with the introduction of the new ones, the government aims to boost the growth prospects of small and medium enterprises of the ‘Island Nation’.

Hence, let us take a brief look at the key points that came out of the Singapore budget of 2014.

Time-Period Extension of the PIC Scheme

As opposed to the earlier time frame of the productivity and innovation credit (PIC) scheme which was valid upto YA (year of assessment) 2015, the latest budget extends the time frame to a further 3 years i.e. upto YA 2018.

Widening of the Scope of Information Technology for SMEs

The budget has come up with the decision to subsidize the broadband subscription plans of upto 100Mbps so as to facilitate the small & medium sized firms to gain access to the latest technologies such as the cloud systems which can help them improve their overall productivity.

Increase in the Financing of SMEs

Earlier, the firms used to take loans of upto S$15 million for overseas business expansion as per the Internationalisation Finance Scheme. However, that cap has been raised in the Singapore budget 2014 to S$30 million.

Apart from these initiatives aimed at bolstering the productivity of SMEs, the budget 2014 also covered the aspects of healthcare and the plight of senior citizens with the introduction of certain key benefits which are:

In a nutshell, the Singapore budget 2014 provides a huge boost to the budding businesses of the country with its focus on innovation driven schemes. Additionally, the benefits encompassing the healthcare and the elderly provide sustainability to the citizens of the country.