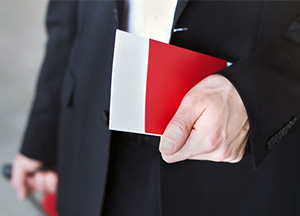 Singapore differs from most of the island countries in that it has developed itself as the financial hub of Asia while the others still heavily depend on the tourism industry to sustain themselves. Singapore made its move and converted to the trade based market economy for the aggressive economic growth. The basic reason for it was the lack of natural resources.

Singapore’s Efforts in Improving the Quality of its Local Workforce

Singapore respects its human resources and has made huge investments in the schools, colleges and universities to take them to the world-class level. These institutes are well-staffed and use interactive digital media and technology to train the students. The aim is to build a strong skilled-based local workforce. In addition, it also invites and employ a large number of foreign professionals and workers. It has solved the workforce problem for the Singapore companies.

Singapore’s business-friendly policies have attracted foreign investors and entrepreneurs opting to start a company Singapore. The small, mid-sized and multinationals shifting their base to Singapore benefits from the availability of local and immigrant talent.

However, a large influx of immigrants it has created some issues for the citizens. The Singapore government has taken steps to address the issue and has implemented important changes in its immigration policy. It has imposed some restrictions on hiring of foreign talent.

The changes were aimed at changing attitude of employers in hiring of employees. Now, they will have to pay attention to training their local employees to enhance their skills set rather than replacing them with trained immigrant ones.

The digitization and other technologies are creating waves in various industries. They are bringing unprecedented changes to the way customers are served and are cared for. The field of banking has witnessed such changes which have changed it totally.

The changes in the immigration policies have proved useful to those mid-career employees who find that their skills are no more relevant or current. The Singapore authorities fear that the untrained local workforce may move to other countries and may restrict the inflow of investment and curb economic activities in Singapore.

Singapore Workforce Development Agency (“WDA”) has come with the solution to the problem and offers various career conversion courses to assists these individuals. The employers can also take benefit of the provisions of SkillsFuture scheme for the purpose. The retraining of its local workforce is an essential move for the Singaporeans in the direction of staying a competitive market.

Singapore has also implemented the Fair Consideration Framework (“FCF”) which encourages the employers in hiring local talent. In addition Ministry of Manpower (MOM) has also revised the higher minimum salary for work pass holders and qualifications for the immigrants. The move is aimed at reducing the downward pressure on the salaries that has been affecting the local talent.

MOM has also raised the minimum standards for the Employment Pass holders and monthly salary to S$3,300. It is strictly weeding out the applicants with the fake credentials or the credentials from the degree mills. It is aimed at reducing the competition for the local fresh graduates and the mid-level executives. The changes were also made to the minimum requirements for dependents of EP holders. Now, they will need to earn at least S$4,000 per month to bring their dependents in Singapore.

MOM’s Solution to the Labor Shortage

The changes in the Singapore immigration policy has created a manpower shortage. MOM, to lessen it, has decided to grant a letter of consent, instead of work pass, to all the foreign spouses of the citizens and Singapore permanent residents on getting a job. It has relieved the situation a bit.

The recent changes were a balancing act by the Singapore government. They were having an election too and there was a need to pacify the local populous. On the other hand, the Singapore is going to keep on attracting foreign investors, corporate, and entrepreneurs. Its local businesses want to grow, go international, and leave their mark on the world. They are going to need more professionals and eventually, they may have to rethink their immigration strategy.