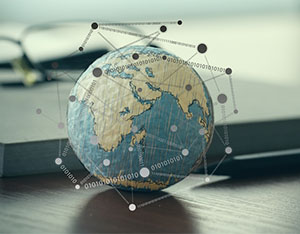 Singapore is globally acclaimed for being awarded many accolades in a variety of fields. Over the few decades, the nation has managed to change its status from a third world economy to one of the richest economies in the world.

Singapore has been ranked at the 1st position on Ease of Doing Business by World Bank report for 10 consecutive years. Similarly, it also holds its position among world’s top 10 rich countries with the highest net financial assets per capita.

These prestigious honors have hugely contributed to building its reputation of ‘International Business Hub’. These factors motivate the global entrepreneurs to immigrate and incorporate a company in Singapore. Leading high-quality life is also another factor that attracts expatriate to relocate to Singapore. This blog will throw lights on how Singapore managed to take its position in top 10 rich countries in the world.

Singapore’s Journey from third world country to a dynamic economy

In Allianz’s Global Wealth Report 2015, Singapore hold ninth rank in the list of world’s top ten countries with High Net Financial Assets Per Capita at €73,330 (S$117,341). As per the report, gross financial assets of Singapore grew by 6.4 per cent. These data were assessed based on the wealth in 2014. It reflects the maturity of this country’s economy.

Singapore has paved a way to achieve this milestone by embracing various touchstones. When Singapore started to govern its economy independently, the growth prospects were very less. It was the government who took every possible measure to transform the nation into a dynamic economy.

In a bid to attract High-Net-Worth Individual (HNWI) from across the globe and encourage financial growth, the government has taken measures to lower tax rates, improve infrastructures, and implement fair and transparent policies. These attempts of the government have proved to be fruitful and today, Singapore is counted as one of the rich economies in the world. Every one of its ten households is a millionaire. It is noteworthy that the country’s strategic location and natural harbor have added to its growth tremendously.

Surprisingly, unlike many other developed nations, the economy of Singapore does not rely on natural resources but on trade. The economy is getting stronger day by day, in the foreign trade sectors. Plugging into the business sector, a strong economy requires highly skilled manpower. In this concern, Singapore stands at the front. The government has invested adequate funds in expanding higher education and training.

Also, the country is known for housing global population. Over the years, it has consistently attracted a huge pool of global talents and today, about 40% of total populations are foreigners. Many individuals who relocate to Singapore are entrepreneurs who wish to open company in Singapore and take part in nation’s booming economy. The contributions of the government in this concern are immense. It actively encourages foreign investment and entrepreneurs through initiatives such as tax incentives, benefits for both new and existing companies.

Singapore made itself a globally oriented economy. Its economic transformation has been extraordinary and many third world nations can take inspiration from Singapore’s journey from a barren land to a fertile economy.