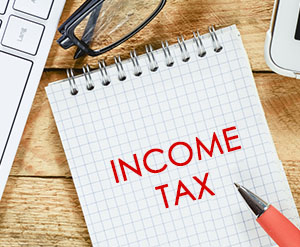 All over the world, tax authorities are scrutinizing the MNC’s to determine whether they have discharged their tax liabilities or not. The investigations started in earnest when it was found that a number of the multinationals have avoided paying their share of taxes by sheltering the profits in distant locations.

The governments of different countries, in order to protect their tax revenues, have started investigating into the matter. They are going through the cross-border tax affairs of the companies and M&A transaction with the fine-tooth combs. The companies that have come under the suspicion are Google, Starbucks, Pepsi Bottling Group, Ikea, and FedEx.

How Manipulating Transfer Pricing Works for the MNC’s

In order to understand how the evasion of tax works, it is necessary to understand the term ‘Transfer Pricing’. Transfer pricing means arriving at the price for a transaction between two companies or subsidiaries owned by the same entity. It is applied when the services or goods are sold or transferred. In a nutshell, the companies are using this procedure to dodge their taxes. The European Union is one of the hurt parties.

The tax investigations started after the publishing of a report by the International Consortium of Investigative Journalists. The report asserted that the MNC’s are benefiting from preferential tax deals. The investigation is aimed at discovering how MNC’s are moving their revenue from country to country in a bid to reduce tax amounts.

Singapore continues to attract investors and corporate from all over the globe because of its low tax rates and tax incentive programs. It has come up as the financial hub of South East Asia and as a major player in wealth management and private banking sector.

Singapore authorities are working to allay the fears of other nations about MNC’s using its facilities to park their funds. They, on 6 January 2015 have released revised guidelines on the transfer pricing. It defines how Inland Revenue Authority of Singapore (IRAS) will settle these matters. The guidelines insist on the transparent reporting of Transfer Pricing within a multinational group. IRAS also took steps to straighten a number of ambiguities to close the loopholes in Singapore tax filing.

The IRAS insisted that complying with the updated rules will assist the taxpayer in removing any doubts about the standards of their corporate governance. Singapore authorities seek improvement from the taxpayers, consultants, and experts working in the accounting services Singapore in the preparation of reliable transfer pricing documents. Doing so helps them in building a professional relationship with tax authorities.

It is found that a few of the US companies use transfer pricing to channel their profits they have earned in Europe to tax haven. This allows them in dodging US taxes. It is estimated that the foreign profits earned by the American companies to the tune of $2.1 trillion are parked outside the USA. President Obama has suggested a tax proposal, which applies 14% of tax on this amount and proposes to apply 19% of tax instead of 35% on the future profits.